Westside Environmental can clean and process many types of construction waste and contaminated soil. View the images below to get an idea of what we can handle. If you don’t see your type of waste in the list then call 201.472.1031. Our team will be happy to answer any questions you may have about waste, dumpster rentals, or our material recovery facility.

Contaminated Soil in New Jersey at a residential Site 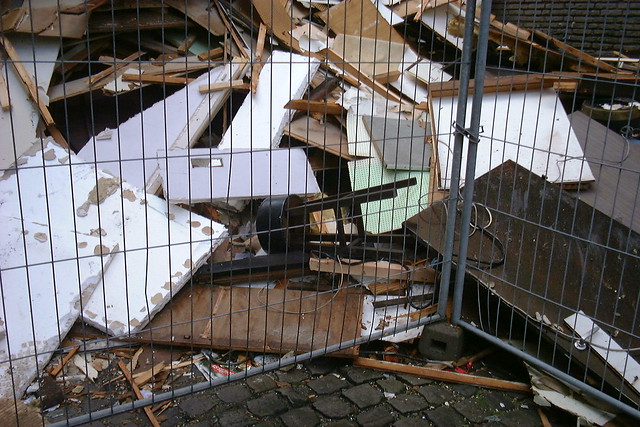 Call Westside Environmental at 201.472.1031. Tell us about your situation and we will recommend an environmentally friendly way to handle your commercial, residential or industrial waste. Where do materials go when we recycle?

We do our best to reduce, reuse, and recycle. But be honest, do you really know where the construction aggregate, plastic, glass, or cardboard go when you send them off to be recycled? Well we found 6 Videos for you to watch that will explain everything. After watching these recycling videos, people generally want to get involved in helping the environment. So we included our top ten recycling websites so you can start saving the planet. All these resources are great for businesses, contractors, construction workers, and schools. Help the environment, recycle today!

The Life cycle of a Cereal box

The Life of a cereal box  from Kashi.

Secrets From The Recycling Plant: How A Used Bottle Becomes A New Bottle from Planet Money.

Plastic Bottles – how they are recycled from RecycleNow.

Food Waste – how it is recycled from RecycleNow.

These websites are improving the environment around the world. Each site brings communities together online and in real life. Our favorite is Earth’s 911. They have fantastic resources and articles. Let us know your favorite link in the comments. Don’t see your favorite website? Let us know and we’ll add it next time.

Check out more recycling videos and tips on  Twitter,  Facebook, or Google+.  Click here if you want to learn how Westside Environmental is helping New Jersey construction crews go green.  Tweet us at @WestsideEnviro. The 4th of July is right around the corner! You know we love going green for the holidays. In the past we have celebrated eco-friendly Easter and a Green Passover. Today we’re talking about the elephant in the room, having a Fourth of July that doesn’t harm the environment.Yes, it’s a struggle, but we may have found the answer.

You know the feeling you get when you see heaps of plastic disposable plates, forks, knives, slowly filling up the garbage bag. Recycling ‘disposable’ can be too difficult for most. Each year Americans throw out millions of pounds of plastic and paper cups and plates. Appease your conscience. Start a new tradition with a biodegradable party kit. It’s got everything you need, easy to clean up and it gets shipped right to your door.

Don’t be fooled by the photo below, you’ll probably have to give your kids eco markers to make red white and blue plates.

What does the kit come with?

Great question, here is a description:

Will you order this kit? Is there anything else you are doing to go green this Fourth of July? Tell us in the comments or reach out to us on social media.

We offer recycling and construction waste services to help you go green all year round. Celebrate freedom, go green, and happy July 4th.

Our Other Holiday Tips

Check out our eco holiday tips, cool recycled tin can Nintendo sculptures , construction trends on  Twitter,  Facebook, or Google+.  If you want to learn how Westside Environmental is helping New Jersey go green then click that link.  Tweet us at @WestsideEnviro.

We found a great infographic from the EPA  to help explain where waste goes when it is not recycled. Together, we can make a difference. Check out the infographic.

Check out our eco news and green tips on  Twitter,  Facebook, or Google+.  Click here if you want to learn how Westside Environmental is helping New Jersey go green. that link.  Tweet us at @WestsideEnviro.

Imagine the Super Bowl and you see BIG American style partying: thousands of beer cans, tailgaters, huge crowds and a Mardi Gras sized mess when the out-of-towners pack up and go back home. This year the Super Bowl is going green.

The greenest part of the Big Game is no longer the guacamole or the turf on the field. Every year since the early 1990’s the NFL  has been going green at the Super Bowl. This year’s Super Bowl at MetLife Stadium will be the greenest to date. The league will be composting food to use as bio-diesel to run their generators. They are even planting trees to offset the carbon emissions from the event.

Super Bowl is Going Green. Generators Heating the Big Game will be run by biodiesel

Jack Groh, the NFL’s environmental programs director is trying to “stay ahead of the curve.” According to Groh, they try to increase their environmentally friendly practices each year. The biggest concern is keeping MetLife Stadium warm in the middle of a cold north eastern February. To run the generators used to heat the 13 block Super Bowl Boulevard, Groh will be using  Biodiesel made from recycled cooking oil. These generators will help bring power to the masses and keep the event toasty and warm.

Like Westside Environmental, making the world greener is Groh’s passion. Starting in 1994 in Atlanta, his biggest step forward was simply recycling bottles and cans at the Super Bowl. No one really thought about it before Groh got there.

Westside and Groh are constantly going green. For example, according to Groh, thousands of trees have been planted to offset carbon emissions created by the the Super Bowl. You can smell the smog clearing.

Breathe it in, This year the NFL will be planting trees to offset the Super Bowl’s carbon footprint

There will also be hundreds of recycling bins and compost pales to reduce landfill waste. Thousands of pounds of beer cup plastics and  can metals will be kept out of our landfills because of Groh. He said, “Our primary objective is to see that it doesn’t go to a landfill,”.

It’s great to see an organization that is  common sense solutions to problems we all face every year. Hopefully New Jersey can learn from this and promote environmentally friendly practices like the ones being pioneered by Groh.